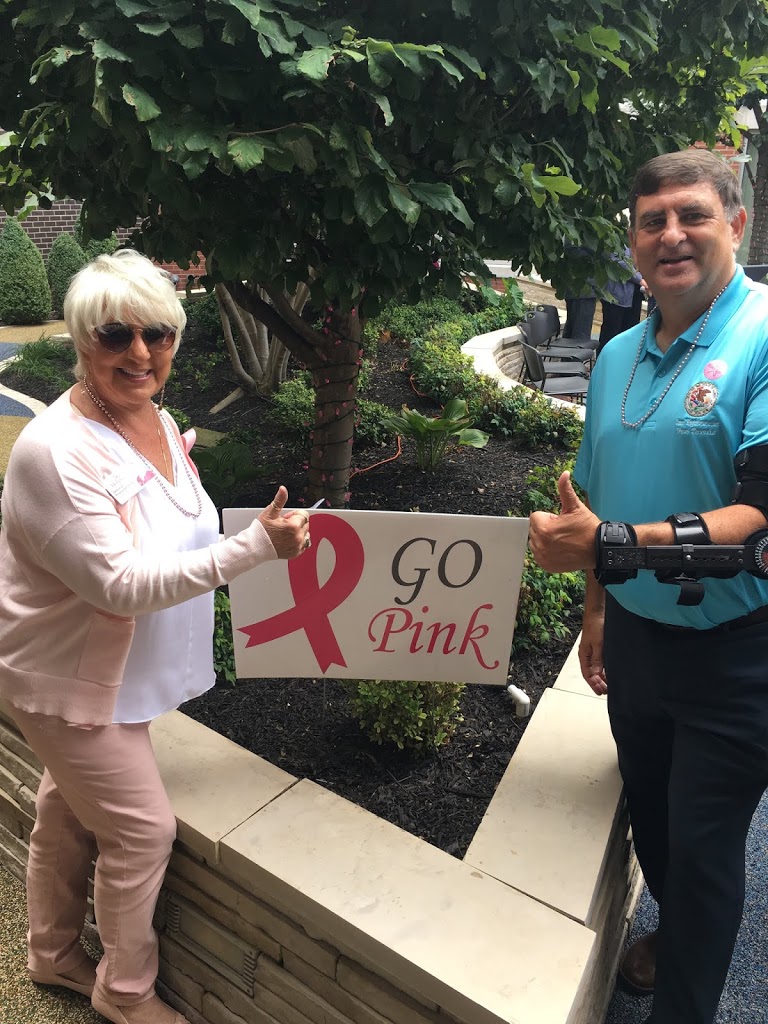 State Representative Dave Severin (R-Benton) on Monday joined Herrin Hospital officials in the Healing Garden of Southern Illinois Healthcare’s Herrin Hospital for the “Pink Out” balloon release to kick-off Breast Cancer Awareness Month. October is the month designated to honor those who have lost the battle, those who are fighting for their life, and those who have survived.

“This month is meant to serve as a reminder to women to have yearly mammograms beginning at age 40, or younger for those with a family history of breast cancer,” said Rep. Dave Severin, “Also anyone at any age who discovers an abnormality should not waste time in having it checked by a doctor.”

According to BreastCancer.org, about one in eight U.S. women will develop breast cancer over the course of their lifetime. Though rarer in men — a man’s lifetime risk is about 1 in 1,000.