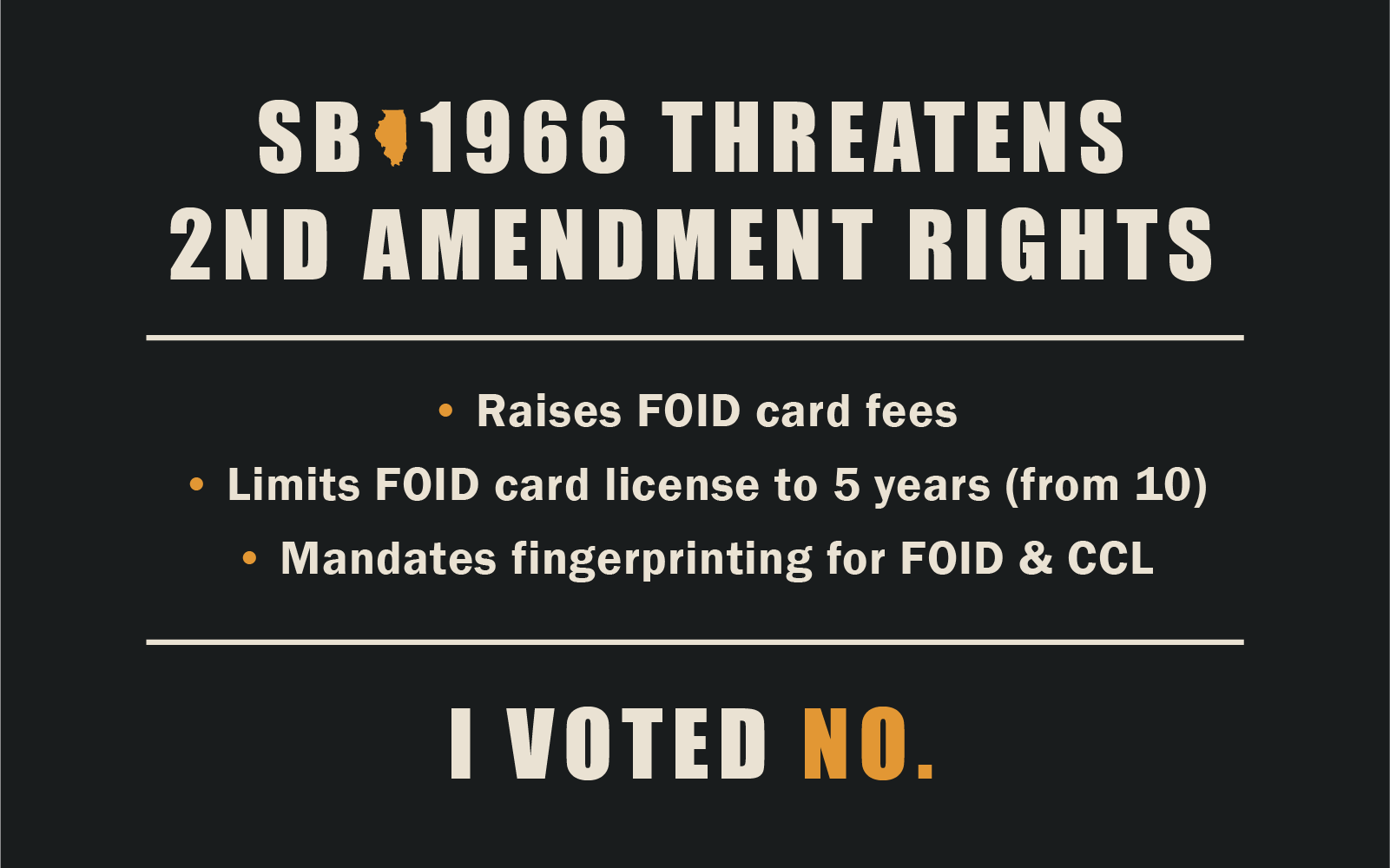 “Illinois already severely infringes on the 2nd Amendment rights of US Citizens by the imposition of a number of unconstitutional policies,” Severin said. “Illinois is one of only four states that require a FOID card. FOID requirements across the country are currently facing court challenges. This legislation will require law-abiding citizens to submit fingerprints to the Illinois State Police to be maintained in a statewide database, further eroding law-abiding gun owners’ rights.”

“The same politicians bent on expanding the size, scope, reach, and cost of State government are the ones pushing an unconstitutional plan to grab the guns the middle class,” Severin said. “I strongly oppose these overreaching governmental intrusion into freedoms. I promised my constituents that I would vote NO on SB 1966 if and when it ever came before the House. Today I kept my promise. I voted no. The people of the State of Illinois should beware that Democrats that control every level of power in the State have pressed ahead with an unconstitutional, punitive plan aimed at law-abiding gun owners. This legislation will end up in court, and I believe the bill will ultimately be ruled unconstitutional.”