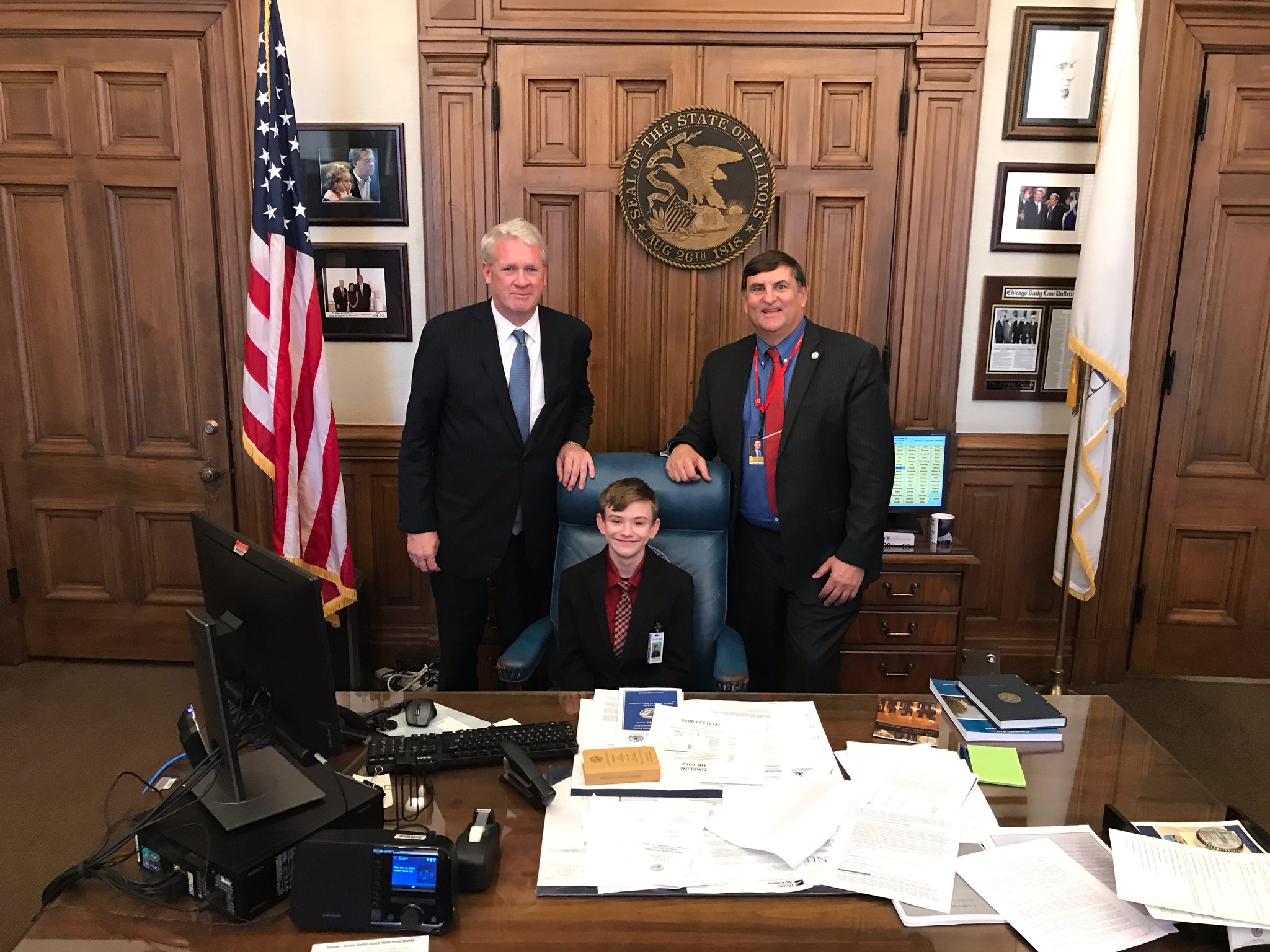 Since January 2019, House Republicans like me have been filing and sponsoring bills to address public corruption. So far, more than 30 ethics-related bills have been filed. Some have garnered bipartisan support.

In the weeks leading up to the Veto Session, House Republicans’ called for enhanced ethics reforms at Chicago and Springfield press conferences.. I personally have submitted an op-ed, issued multiple press releases, and granted radio and television interviews on the issue.

During the Veto Session, a sitting Democrat lawmaker was arrested for attempted bribery of a sitting State Senator. New revelations are brought forward in media reports on a weekly basis regarding a federal investigation into public corruption.

The Democrat majority filed legislation in the middle of the night in a last-minute attempt to provide cover for their members, while refusing to take any votes on the House Republicans’ ethics reform package. The legislation passed Thursday should only be considered a small first step on the path to ending political corruption in our state. While most House Republicans reluctantly supported these watered-down bills, much more work needs to be done to end the culture of corruption.

House Joint Resolution 93 creates the Joint Commission on Ethics and Lobbying Reform to review Illinois’ ethics laws and lobbyist registration requirements. The Democrats’ resolution postpones the final report of the Commission until March 31, 2020, after the Primary Election.

Senate Bill 1639 requires lobbyists to disclose if they are elected officials, if they lobby a local government that requires registration, and requires the disclosure of who a sub-registrant lobbyist is hired to help lobby. Nothing in SB 1639 bans legislators from being paid to lobby local governments.

Springfield.…State Rep. Dave Severin (R-Benton) says despite small movements in the right direction, he left the 2019 Veto Session feeling unsatisfied on the issue of ethics reform. A sponsor of several measures aimed at cleaning up government corruption, Severin says he voted in favor of two bills brought forward at the eleventh-hour by House Democrat leaders on Thursday.

“The Democrats are claiming they have done some special thing by passing some small-time ethics bills today,” Severin said. “That’s not exactly what happened. I supported these bills today because that is all Speaker Madigan is going to allow for now. But, I am joining my constituents and the people of the State of Illinois in demanding more. A task force here, a small change to paperwork there…that’s not going to cut it with me.”

Severin has for weeks been signing on to sponsor legislation aimed at corrupt self-dealing and enhancing government transparency.

“One particular issue that has me fired up is that we’ve got state legislators serving as lobbyists to the city of Chicago. How can that be legal?” Severin asked. “The Democrat Senate President is a registered lobbyist for the city of Chicago, we’ve seen multiple raids and arrests, and the Democrats in the House are playing footsie with changing ethics laws. I had to support what they put on the board today because it is at least a small first step, but I’m sponsoring a tough package of bills that will root out corruption and end the self-dealing.”

House Republicans have introduced more than two dozen bills to address revolving door laws, statements of economic interests, how General Assembly vacancies should be filled, and an outright ban on legislators serving as municipal lobbyists.

“The package I’ve signed on to sponsor is tough, and I’m sure that’s why the Chicago Democrats are so afraid of it,” Severin said. “I’m not going to stop sounding the alarm on the ethics issue. People are being arrested, people are going to jail, and it is because we don’t have tough laws in this state that provide adequate deterrence.”

Rep. Severin Hosts ‘Page for a Day’ in Springfield

Springfield…117th district State Rep. Dave Severin (R-Benton) hosted a special guest in Springfield during the Veto Session. Keton Clodi joined Rep. Severin in serving as a”Page for a Day” on the floor of the Illinois House.

Springfield….Citing a rushed process and a lack of actuarial details, State Representative Dave Severin cast a NO vote on a proposal by Governor JB Pritzker to combine the assets of downstate and suburban police and firefighter pension funds during the final week of the 2019 Veto Session.

“The proponents of the legislation argue that consolidating the 650 or so downstate and suburban police and firefighter pension funds will lead to higher investment gains,” Severin said. “But, this plan places these assets at greater risk in order to achieve those gains. I’m not in favor of putting first responders’ pension funds at higher risk. The rush to get this done in Veto Session left me with too many unanswered questions about the long-term feasibility of consolidation.”

Severin says he was contacted many times by police and firefighters from the 117th district in the weeks leading up to the fall 2019 Veto Session.

“The overwhelming message I got from our first responders was, ‘do not support this,’” Severin said. “My no vote reflects the wishes of my constituents. This is a major change involving billions of dollars and in my opinion required further study.”

Get the Illinois House Republicans Week in Review emailed directly to your inbox!  Sign up today to get a first-hand look at the continuing legislative and fiscal challenges facing policymakers in Springfield.