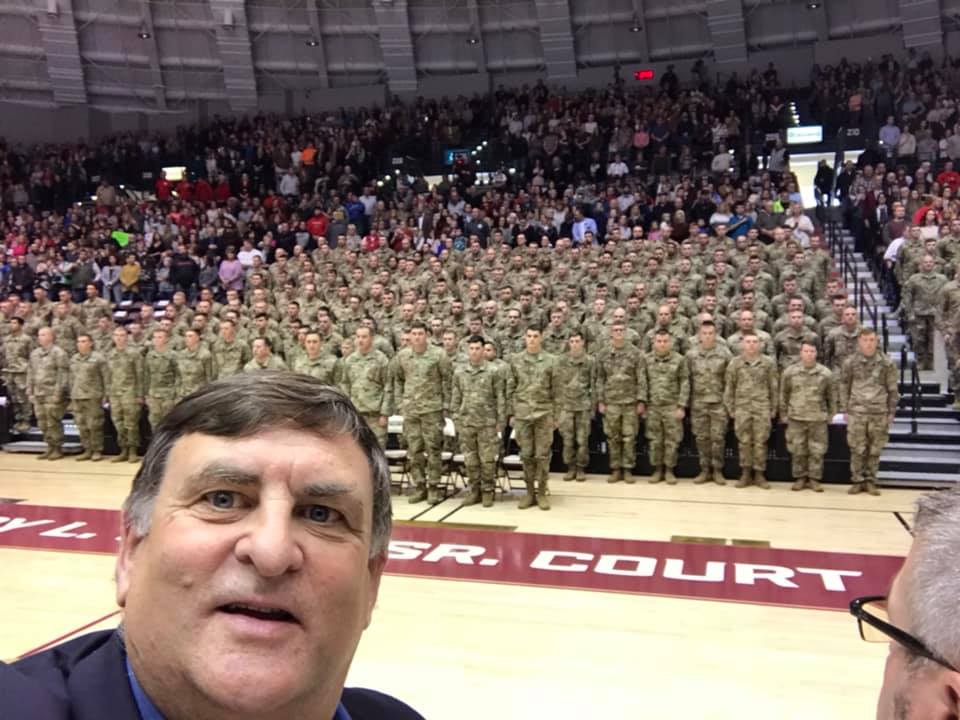 The spring 2020 Legislative Session will begin on Tuesday, Jan 28th. That’s next week! After a long summer break and a short fall Veto Session, lawmakers will head back to Springfield to tackle a long list of major issues that require responsible solutions. Today’s edition previews the 2020 Session and we take a look at some of my (many) travels in the 117th and beyond!

The first issue that we must tackle in the new Session is the very serious problems we have in this state with public corruption and the desperate need we have for ethics reform. We must stamp out the self-dealing that has plagued state government and caused Illinois to build and retain a dubious and nationally-known reputation as a bastion of public corruption.

The summer and fall of 2019 saw almost weekly news reports of raids, investigations, indictments, and arrests that have resulted from a wide-ranging public corruption investigation. That investigation is continuing and more news is likely to break in the coming months as new evidence comes to light, trials are held, and punishments are handed down.

At the end of the fall Veto Session, I voted to create a Joint Ethics and Lobbying Reform Commission to study and tighten up our ethics and lobbying laws. So far, that Commission has held two hearings and more meetings are scheduled. My good friend and colleague State Rep. Patrick Windhorst (R-Metropolis) is a member of the Commission and we speak regularly about the progress. As I learn more, I will keep you informed!

Cleaning up State government must be a high priority in the coming Session. The citizens of Illinois deserve a government they can be proud of!

We also must tackle the issues that are causing Illinois to lose population in great numbers. Our property taxes are among the highest in the nation. The combined tax burden on our citizens ranked Illinois 51st out of the 50 States and Washington DC – the least-friendly State in the nation to taxpayers in the country by WalletHub.com last year.

Illinoisans’ pay high sales, property, and income taxes. The high costs of rampant public corruption and a crushing tax burden have sadly caused Illinois to lead the nation in population loss in the last decade.

We can work together to achieve better results for taxpayers, but it will take bipartisan cooperation. A recent attempt by House Republican members to suggest more than 2 dozen common-sense ways to reduce Illinois’ property tax burden was summarily rejected and ignored by the House Democrat-controlled Property Tax Relief Task Force.

What was supposed to be a bipartisan task force aimed at finding relief for taxpayers was unfortunately turned into a partisan tool to stifle efforts to reform the system.

Representative Windhorst penned a fantastic op-ed piece that discusses Illinois’ property tax problem and the failure of the Property Tax Relief Task force that appeared in the Metropolis Planet and the Southern Illinoisan this week. Links to those stories are below:

It was an honor, very touching, and extremely emotional to be a small part of the send off this week at the Banterra Center on the SIU campus for 400 plus soldiers of the 2-130 Infantry Illinois National Guard.

Another young man I’ve known his father since I was a little boy playing on Plum Street in Benton. I say all that to as my way of saying, “The people of Southern Illinois are proud of our soldiers and pray for their safe return. It gets real as the soldiers walk by and you know them by name. I am so very PROUD of these brave men and women and moments like these truly make me even more proud to be an AMERICAN. 👍❤️

The first bill I passed as State Representative designated Cycling as the office State Exercise. Southern Illinois is home to miles of beautiful bike trails that attract cycling enthusiasts from all over the country. I am still to this day regularly travel the paths of Southern Illinois on my bicycle.

A Day in the life as Your State Representative!

On January 16, I was happy to attend the Benton-West City Economic development meeting Franklin hospital to get and give an update of projects in the area. I was able to provide the group with an update on local projects and a quick review on what’s happening at Rend Lake Resort.

Stopped by the Sesser Five loaves ministry tonight to volunteer serving meals. I also snuck in half of each of my 2 grandsons basketball games, gotta have a little family time, no matter what some people think!

Finished off the evening at the 77th annual West Frankfort Chamber of commerce dinner. It was good to see the fine folks from WF and hear from their mayor, the annual state of the city report. Congratulations to the award winners for their commitment to Community service and pride !!!

That’s just a sampling of a typical day in the 117th, not counting calls to offices, reps, Springfield department, offices, governors staff, constituents, to mention a few. I look forward to sharing more “day in the life” posts with you in the future. It is my privilege and honor to serve you!

As a member of the House of Representatives Higher Education Appropriations Committee, I was honored to attend the ribbon cutting of the newly renovated and renamed Library commons area at Southeaster Illinois College in Harrisburg. What an amazing upgrade!

Last week, staff members from DCFS based in Southern Illinois came to my Marion office to pick up 200 MORE backpacks for buddies. Thank you to all who have so kindly donated to this program! Keep them coming!