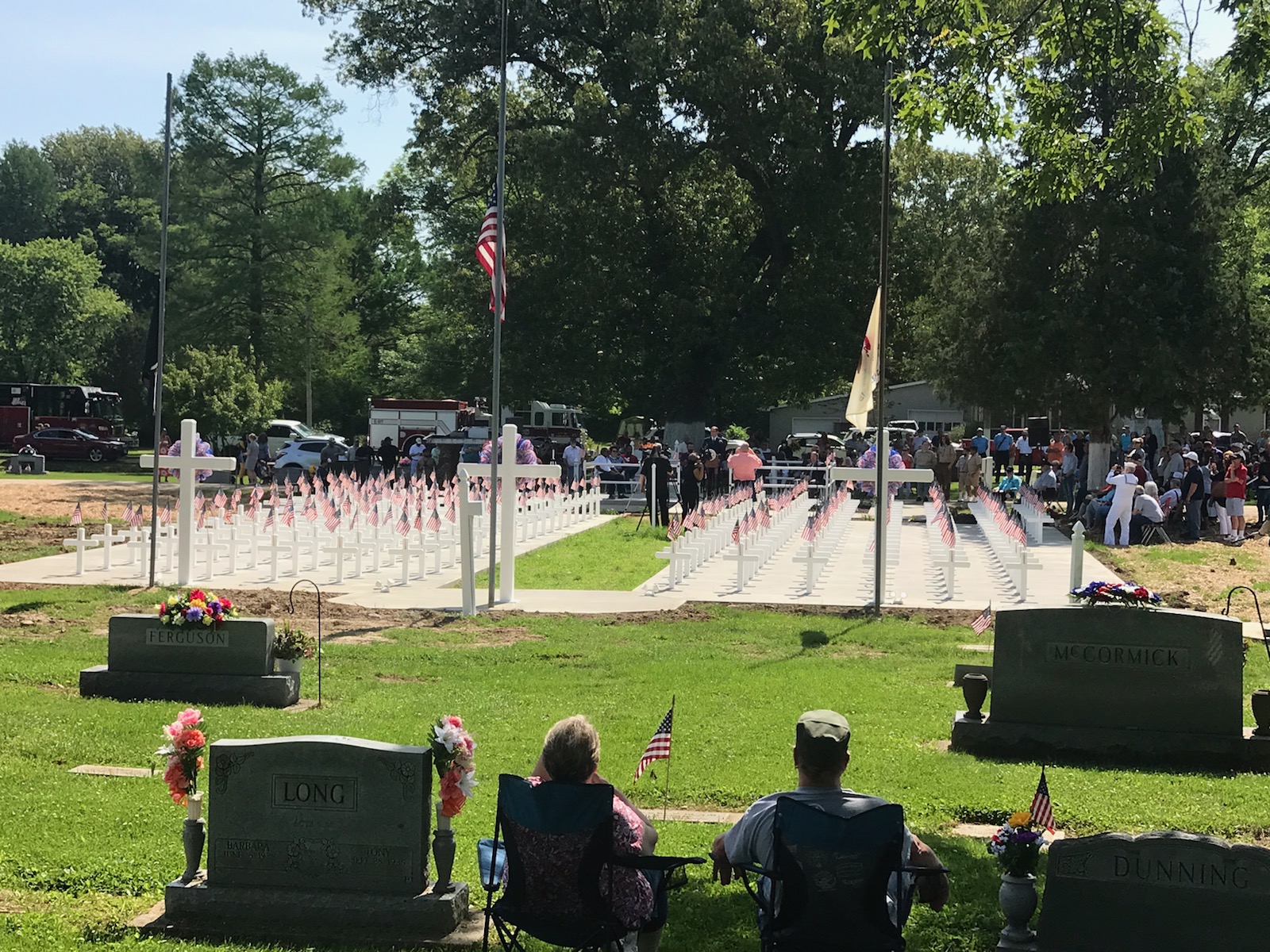 On this Memorial Day 2020, I cannot help but feel most thankful to be a free American citizen. I am blessed to live in a land where volunteers sign up to defend and protect our country from enemies both foreign and domestic.

I was honored to join Senator Dale Fowler and State Rep. Patrick Windhorst along with a patriotic group of citizens in Harrisburg today for a special ceremony in honor of our nation’s fallen heroes.

In many ways, the COVID-19 crisis has stolen some of our most cherished freedoms away.

Some blame politicians, some blame the virus, some understand there is a combination of both that has caused us to lose out on some of our basic rights.

For weeks during the COVID-19 crisis, I demanded that Speaker Madigan or Governor Pritzker call the legislature back into Session. I joined Zoom press conferences, wrote letters to the Governor, issued Facebook posts, and hosted virtual town hall meetings to get a simple message out: The decision to reopen our economy should include a safe, reasonable, regional plan that results from input provided to the Governor by the General Assembly and live.

The call finally came late last week that lawmakers would return to Springfield for a three day Session at the Bank of Springfield Center from May 20-22.

Legislators and staff were asked to comply with getting tested for COVID-19 prior to coming to Session, and that they would be asked to wear a face-covering during House Session proceedings. I complied with both. I want to help keep other people safe, especially my fellow House members, our hardworking staff, and ultimately my own family and constituents as I knew I would return to the 117th District after Session ended.

The three day legislative Session actually turned into four days because of a delay by Democrats in getting their budget in position to pass.

When the Session began back in January 2020, I had several goals. Unfortunately, the issues of ethics reforms, Fair Maps (ending gerrymandered districts), and property tax relief bills were not brought up for votes during our time in Springfield.

When we return to Springfield again, we must keep pushing on these issues!

SPRINGFIELD – State Representative Dave Severin (R-Benton) voted NO on a budget proposal tonight that spends more than Illinois is projected to take in during the FY 21 fiscal year.

“Upwards of $6 billion of spending in the FY 21, Democrats-only budget relies on borrowing money from the Federal government…from a pool of money that does not yet exist,” Severin said. “Democrats in the Illinois House have bet the financial future of 12 million Illinoisans on the hope that Nancy Pelosi and Donald Trump will finally get along. That should tell you how out of touch with reality this spending plan is.”

Severin noted that the Fiscal Year 2021 budget, which takes effect July 1, spends $2 billion more than the FY20 budget, which amounts to a 6.8% increase in spending even though income estimates from state tax revenues have fallen dramatically. The legislation, SB 264, Amendment 5, also grants Governor JB Pritzker unprecedented spending authority at a time Severin says regular Illinoisans are questioning the Governor’s management of the COVID-19 response and economic recovery efforts.

“The Governor’s track record in managing State finances so far has been to propose tax hikes and borrowing to pay for new spending,” Severin said. “We are a state that ranks the lowest in all the wrong categories. We’re upside down as a state, we owe billions in unpaid bills already and tonight Governor Pritzker and Mike Madigan engineered another massive borrowing plan.”

During his February budget address, Governor Pritzker outlined two different budgets. One would reflect spending in the second half of FY 21 that included his sought after progressive income tax increase, and the other was a more austere spending plan that would cut the size of government growth in the near term.

“The Governor promised to increase spending using revenues from a tax hike that has yet to pass when he delivered his budget address,” Severin said. “What we saw tonight was Democrats and Governor Pritzker pass a budget that spends more money by relying on borrowing from a Federal program that doesn’t even exist yet. I voted NO.”