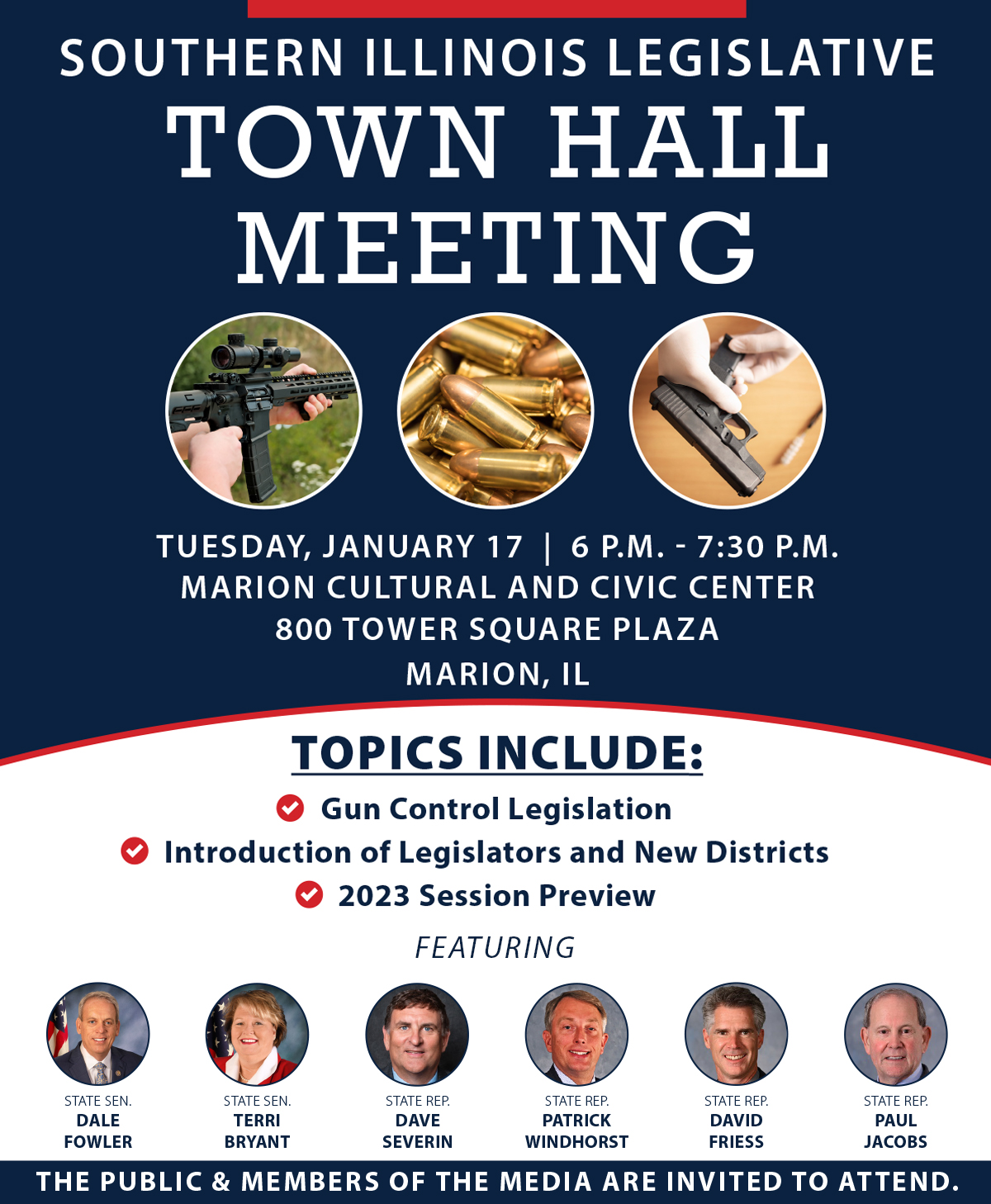 SOUTHERN ILLINOIS – Six Republican southern Illinois legislators from the Illinois Senate and House of Representatives will host a legislative town hall meeting in Marion later this month to address the issues of gun control legislation, new district map boundaries, and the upcoming legislative session. The public and members of the media are invited to attend. Details are below.